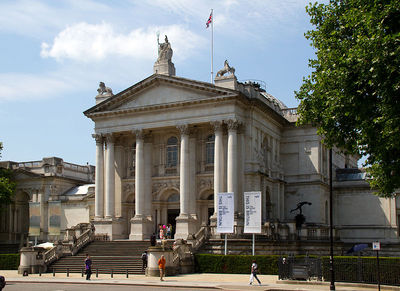 Tate Britain is one of the most visited art galleries in the world. Visitors are attracted by its fantastic collection of British art and the largest collection of artworks by J.M.W. Turner and large art shop, as well as temporary exhibitions which always offer something new.

Like it name suggests, it is a part of the Tate gallery network and is the oldest of all Tate galleries. It opened to public in 1897 as the National Gallery of British Art but it soon came to called after its founder – Sir Henry Tate. In 1932, its name was thus changed to include “Tate”. Until 2000, it was called simply the Tate Gallery. In the same year, its contemporary art collections were moved to the newly opened Tate Modern. The old gallery which retained the collection of British art was therefore renamed Tate Britain to distinguish it from the new gallery in the Tate network.

The Most Comprehensive Collection of British Art 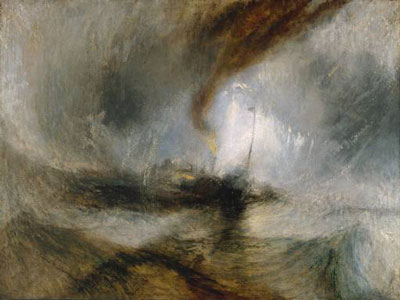 Tate Britain holds a collection of an estimated 70,000 artworks by over 3,000 artists from the early 16th century to the present day but its collection continues to grow on a regular basis. As mentioned earlier, it is home to the most comprehensive collection of artworks by J.M.W. Turner as visitors have access to hundreds of works by the artist from both its own and other collections. In addition to having the richest collection of British art, both historical and contemporary, Tate Britain also owns some of the greatest masterpieces of international modern and contemporary art.

With so many masterpieces, choosing highlights of Tate Britain collection is everything but easy. Listed below are therefore only a few of many fine artworks that are on display at Tate Britain:

“The Lady of Shalott” by John William Waterhouse, “A Bigger Splash” by David Hockney, “Three Studies for Figures at the Base of a Crucifixion” by Francis Bacon, “Carnation, Lily, Lily, Rose” by John Singer Sargent, “The Fairy Feller’s Master-Stroke” by Richard Dadd, “Recumbent Figure” by Henry Moore, “Snow, Storm: Hannibal and his Army Crossing the Alps” by J.M.W. Turner, “Flatford Mill” by John Constable, “Merry-Go-Round” by Mark Gertler, “Pelagos” by Dame Barbara Hepworth, “The Cholmondeley Ladies”, “Newton” by William Blake, “The Painter and his Pug” by William Hogarth, and “Cookmaid with Still Life of Vegetables and Fruit” by Sir Nathaniel Bacon.